Founded by the Quakers in 1826, the Sleighton Farm School for Girls was a school for delinquent girls who were sent there by the courts of Pennsylvania in an attempt to rehabilitate them. Under the guise of trying to build character, develop an intellectual life and train one to earn a livelihood, the girls spent long exhausting hours working each day in the classroom and gardens.

The historic campus of the school contains 19th and early 20th century school buildings, a chapel, cottages, a stone barn, and 19th century farm structures as well as 350 acres of open space.  Some of these buildings were designed by Philadelphian architects Walter Cope and John Stewardson who were also known as the “Masters of Collegiate Gothic Style” during the late 19th and early 20th centuries.  Both Cope and Stewardson also designed educational buildings at Princeton, Bryn Mawr, and the University of Pennsylvania.

As you can see in the photos, many of the school buildings are built of stone. It’s evident that there was a tremendous amount of hard work devoted to creating these majestic pieces of art.  It’s amazing to see these buildings still standing after almost 200 years. These buildings definitely are, excuse the pun, rock solid.

When I walked around the campus, I have to admit that it was disheartening to see these stone buildings covered with boarded up entrances, broken windows and graffiti.  Almost everything about the campus was creepy and almost spine-chilling.  I was afraid each time I looked up into the windows, that I would see some ghostly figure of a former student.

However, among the eeriness, I surprisingly came across gorgeous, brightly-colored perennial flowers which were seemingly out of place.  In a way, I felt bad for the flowers in that they just continue to return year after year not knowing that the grounds on which they grow have been abandoned long ago.

Even though these once majestic buildings have now become victims of vandalism and disrepair, there was still one thing that I found beautiful and fascinating.  Each building was covered with overgrown vines, weeds, shrubs and/or moss.  Branches and giant tree stumps broke through brick foundations.  Rain, sun and wind reduced benches to bare wooden and rusted metal frames.  Nature definitely did not get the memo when the school closed in 2001.  Even though there is no human life form, some form of life continues to exist on the campus at the abandoned Sleighton Farm School for Girls. 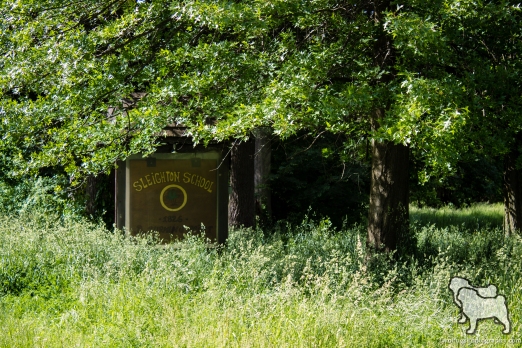 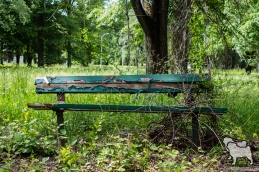 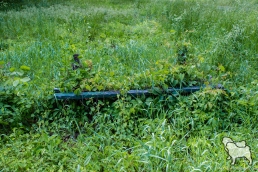 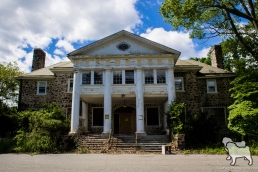 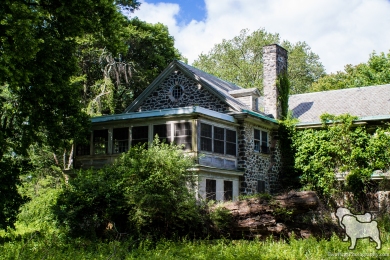 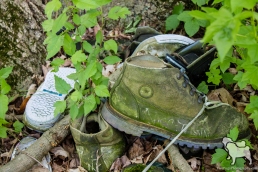 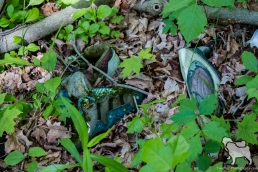 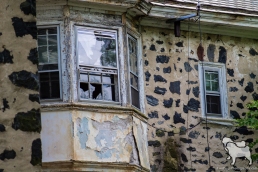 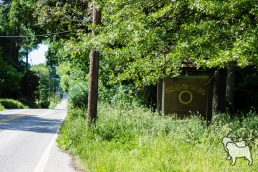 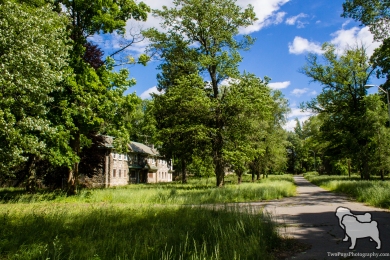 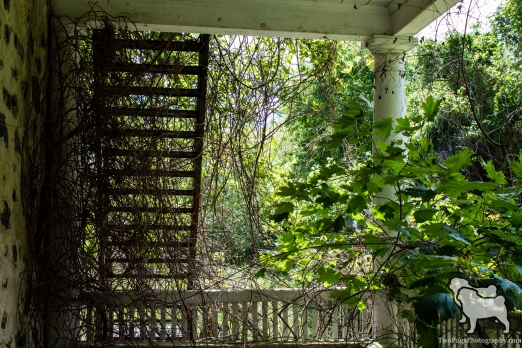 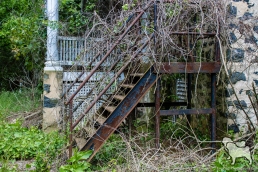 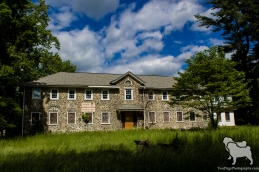 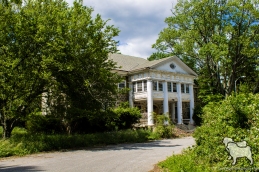 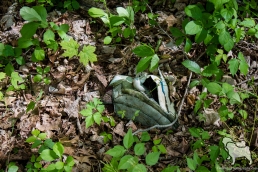